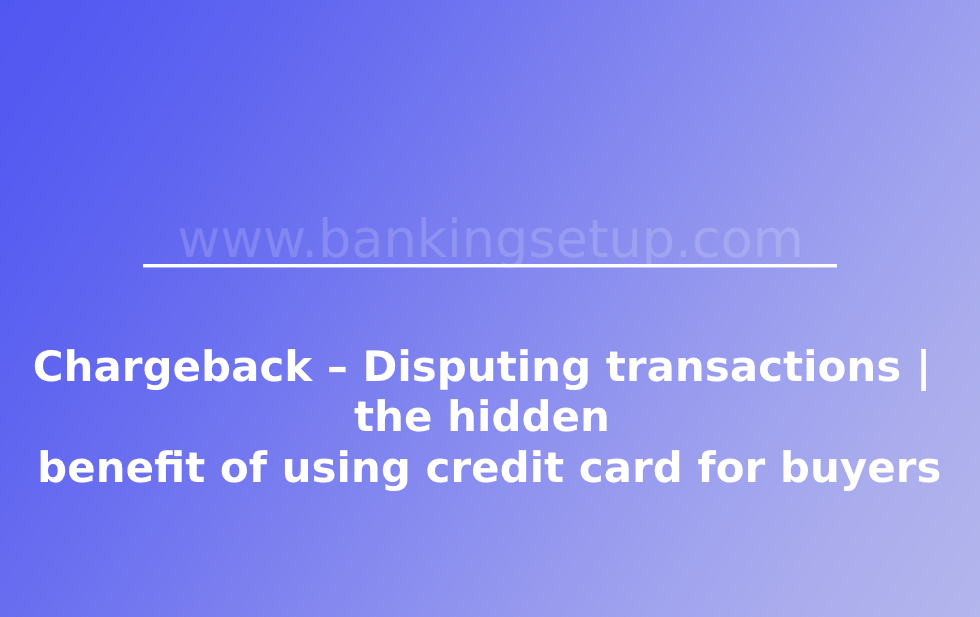 Have you ever found yourself at the crossroads when deciding on whether your next purchase gives you ample security and protection? Well, it might be a daunting question to most – but a simpleton choice of payment decides a large percentage of this security and buyer protection.

In this article we will turn the pages of how a credit card chargeback ensure buyer protection vis-a-viz debit card, few of the major banking giants and their standards that allow for your safety during a transaction, and finally in what all situations one must pay heed before using such methods of payments.

Let us begin with what a “chargeback” is – conventionally when a user purchased anything from a merchant a payment was made against it almost without verifying the background of the merchant. This meant – if the goods/services perished or didn’t commit to the standards the buyer was at the loosing end. With maturity in the internet and banking industry – this procedure witnessed somewhat shift in the favour of buyer with the privilege of security lying in the court of the buyer. But this is only made possible while using a credit card as it guarantees the security of a transaction even if the merchant goes missing. The chargeback, as known across the globe, and dispute, as known in India – is this buyer protection that comes tagged along with the use of a credit card.

We sit at a heap of conglomerates when it comes to banking and as an end consumer – this can be difficult to deal with especially when you are in a soup of chargeback and every bank has its own set of protocols. For example, the Axis bank requires the user to furnish a FIR stating the case of transaction – only then can one proceed with the chargeback/dispute. In other cases such as those for ICICI and HDFC bank a simple note of information may suffice, however – with big giants such as AMEX it is as easy as a dialling up a call. Reaching out to the bank and cancelling the transaction is also called “disputing a transaction”.

After the dispute is raised with the credit card issuer – the first thing is blocking of your current credit card and issuance of a new one for continued use. Following this, the card issuer conducts an investigation wherein a communication of the transaction is established with the merchant’s bank and response is seeked. This process may usually take up to 45-90 days and in between a relief mechanism “Interim credit” is practiced to grant relief to the buyer. The interim credit allows the benefit of doubt to the buyer/victim as one doesn’t need to pay the dues on the credit card for the transaction in question till the investigation isn’t over. Should the result deem the buyer at the side of cheating – one doesn’t need to pay else the money is charged back on the account of the buyer.

Citing a case of one such regular Joe! Having done over 15+ cases of dispute and winning most of those, the user mentions that it is either foreign fraud transaction or merchant’s trying to run away with the money that makes them land up in the loss of the suit. In another mention of the dispute – the user claims that it is not always the fault of the merchant. For example in cases of automated transaction renewals, which are a common practice abroad but not so common in India – one may find it difficult to draw a dividing line. As so happened with the user himself against a money subscription.

While this feature of a chargeback or dispute as it is known in India – might be of immense value to the users, it is often left out from the promotional points by banks. Probably due to the lesser aware user group. Along with this not all banks are friendly in dealing with disputes such as the Axis bank requires one to go distances, quite literally, before lodging and looking into the matter. This is a space lesser known about many of the credit card users and thus becomes vital as decision making point when choosing on which card to use in what situation. A dear friend of mine has made it his habit to use AMEX card on every transaction that he does with a new merchant, foreign merchant, or with a merchant that comes across quite unreliable. While the transaction charge itself and interest on payment might look like factors of interest but these certainly take the backseat in a situation of fraud. In the end, I believe the saying goes well with the article – “Pay much heed before you pay for the wrong deed” 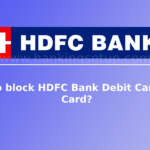 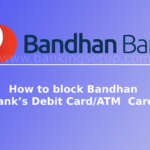 Next Story
How to block Bandhan Bank’s Debit Card/ATM Card?